Showing posts from March, 2014
Show all

March 25, 2014
"There is a quiet crisis upon us with a shortage of young Americans pursuing careers in manufacturing and the skilled trades, and in order to combat it and prosper as a country, we must work together to encourage young people to enter these fields." - Josh Mandel, Treasurer of Ohio

Josh Mandel, Treasurer of the state of Ohio, has recently unveiled the Ohio Strong Award, which is now being given to men and women throughout Ohio who are excelling in caeers in manufacturing and the skilled trades.  By highlighting the accomplishments of these individuals, Mandel and his office hope to raise public awareness of Ohio's need for more workers in the manufacturing sector and of the promising careers available in the field.

And a PMA member is among the Award's first recipients!

John Incorvaia of Toledo Metal Spinning Co. in Toledo, Ohio was given the Award on Monday.  During the presentation, Mandel said, "My hope is that if young people throughout the Toledo area and th…
Post a Comment
Read more 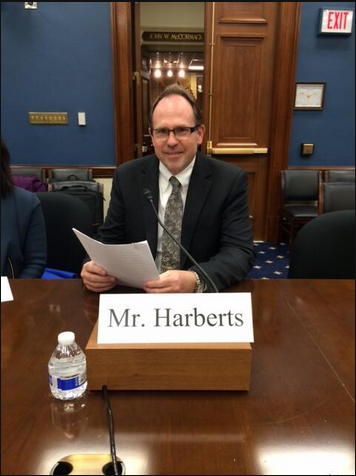 PMA Member Kevin Harberts testified yesterday before the House Small Business Committee Subcommittee on Economic Growth, Tax and Capital Access.  The hearing was titled, Made in the U.S.A.: Small Businesses and a New Domestic Manufacturing Renaissance, and it was held in order to determine whether re-shoring is currently occurring, what factors might be influencing this trend, and what a growth in American manufacturing could mean for small businesses.

Check out our press release about the hearing and follow the link to read Mr. Harberts' full testimony.

Our latest Business Conditions Report is out and it shows that metalforming companies and expected improvement over the next three months.  Read more below -

We're pleased to announce that we've elected a new chairman for 2014!  Read the press release below to learn more about Chairman Jody Fledderman and the rest of the newly elected PMA leadership.


Batesville Tool & Die President and CEO Jody Fledderman Elected PMA Chairman of the Board
CLEVELAND, OH—March 10, 2014—The Precision Metalforming Association (PMA) announced today that Jody Fledderman, president and CEO of Batesville Tool & Die (BTD) in Batesville, IN, was elected 2014 chairman of the PMA Board of Directors.  PMA also announced that Bill Smith, president of Termax Corporation in Lake Zurich, IL, will serve as PMA Board first vice chair, and Ron Lowry, CEO and owner of Dayton Rogers in Minneapolis, MN, will serve as Board treasurer.

“I’m honored to be elected Board Chairman and thank 2013 PMA Chairman Bill Adler for his great leadership and all that he accomplished over the past year,” said Fledderman.

Our asociation president, Bill Gaskin, co-authored a timely op-ed with the presidents of the two other host associations titled, "Manufacturing is Back. Now What?".  The piece was published on the Control Engineering site today.