Showing posts from May, 2018
Show all

Trust Veterans and Service Members to Help Build Your Business 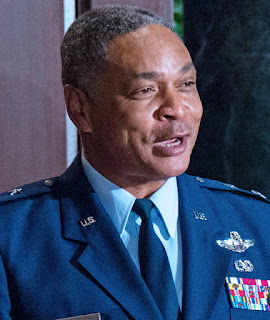 By Major General (ret) Garry Dean I’ve spent thousands of hours as an Air Force fighter pilot on missions supporting our nation and our allies across the globe.  Undeniably, it is exciting and a challenge to be flying at 40,000 feet defending the skies over our friendly forces and citizens on the ground, at times in some of the most heavily defended airspace we could encounter.  Yet, nearly every minute in the air, I was keenly aware that the difference between life and death, or the success of that day’s mission, was the competence, dedication, and teamwork of the men and women in our military supporting me whose expertise and adaptability during complex missions kept me safe and enabled our success. We have the most sophisticated military in the world because all the members of our team are highly trained in their primary roles and other supporting skills, just as I was in my role as an Air Dominance fighter pilot.  Everyone performed their jobs with excellence to keep me
Post a Comment
Read more

May 14, 2018
On May 1 at 9:00 p.m. EDT, the day that country exemptions for the Administration’s Section 232 steel and aluminum tariffs were set to expire, President Donald Trump announced an extension period for the exemptions of 30 days. Despite this action, the American manufacturing industry is still faced with higher steel and aluminum costs, extended lead times, and a sense of uncertainty. An article published by Reuters elaborates on the various situations manufacturers now find themselves facing because of these tariffs. Author Rajesh Kumar Singh writes: The steel and aluminum import tariffs imposed in March were designed to protect the American industries and its workers from global overcapacity and unfair trade practices. Trump justified the measure saying protecting the industries was important to the country’s national security. He argued that the tariffs would re-open closed mills, sustain a skilled workforce, and maintain or increase production. But the tariffs, which came into
Post a Comment
Read more
More posts