Working on a Workforce for a Strong Manufacturing Future

February 29, 2016
The U.S. economy is in recovery mode, adding an average of 221,000 jobs per month in 2015.  Last month, for the first time since early 2008, the unemployment rate fell below 5%.  In the last 12 months, the number of unemployed Americans decreased by 1.1 million.  Manufacturing has been an engine for growth.  The sector is expected to create 3.5 million new jobs in the next decade.  But manufacturers still face a number of challenges related to recruiting and retaining qualified workers.  As many a 2 million of the expected 3.5 million manufacturing jobs could go unfilled due to a lack of skilled workers.

In a recent survey of One Voice members (PMA members and members of the National Tooling and Machining Association), 77 percent of members reported they currently have skilled job openings.  For those with job positions, 66% reported having 1-5 jobs open, 8% have 6-10 openings, and 4% have between 11-20 open jobs. 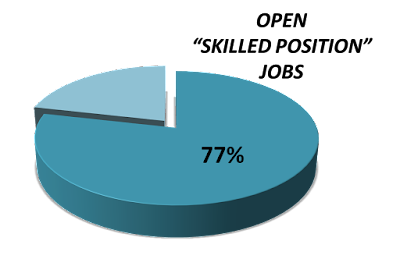 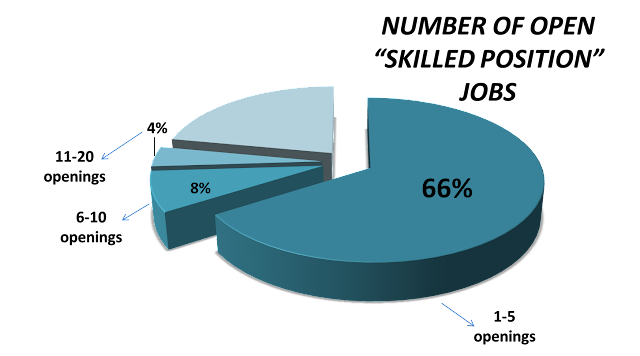 Finding the right people to fill these jobs isn’t easy.  The same survey showed that 97% of manufacturers are having difficulty finding qualified employees, with 55% ranking that difficulty as “severe.” 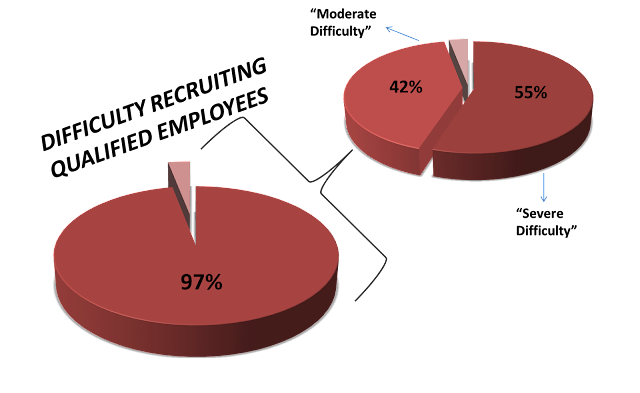 One of the critical challenges with finding workers is that the shop floors of most American manufacturing facilities have changed drastically in a very short time.  Gone are the days of dark, dirty, and dangerous facilities.  They’ve been replaced by the high-tech…while requires workers to be highly trained.

While manufacturers are doing everything they can to recruit and train a new generation of workers, government decision-making still plays a role.  For instance, PMA supported the bipartisan Workforce Innovation and Opportunity Act (WIOA) which was signed into law last year.  Final rules are expected to come out in June of this year. In addition, PMA advocates for regional and sector partnerships that include industry recognized skills and that can be implemented at the local level.
In an election year that will decide major policy issues, it is more important than ever to make sure the voices of local manufacturers are heard.  Policymakers in Washington have the ability to help – or hurt – manufacturers who are seeking to fill open jobs.

Take the opportunity to speak out in support of manufacturing workforce development at the upcoming eighth-annual One Voice Legislative Conference in Washington, D.C. on April 12-13, 2016. Members of Congress from every state need to hear from local manufacturers.  Meeting with lawmakers is one of the best ways to ensure that Congress learns about the important issues that impact the industry and that the manufacturing industry continues to thrive. For more event details and registration, please visit www.metalworkingadvocate.org.