As an economist it is just too tempting to pass up commenting on the Green New Deal (GND). President Trump, in El Paso, said the plan "sounds like a high-school term paper that got a low mark." Perhaps for once, the President has understated the case. 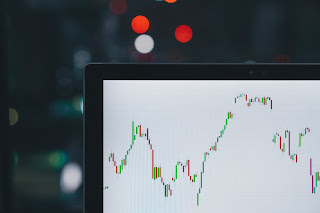 Here is what the framers of the GND seek to achieve. Within 10 years of enactment, the nation is to be fully powered by renewable energy sources. This excludes nuclear energy. This would require the virtual elimination of commercial airlines and internal combustion vehicles. What is more, the plan would necessitate the retrofitting of residential, commercial and industrial structures.

And did you catch the allusion to FDR’s New Deal? Well, the GND also is held to be a stimulus plan, as it attempts to address employment and inequality by guaranteeing jobs with “fair” pay, family and medical leave, paid vacations and retirement benefits. Furthermore, there would be universal health care, free higher education, access to affordable housing, stronger labor laws, the clean-up of hazardous wastes, and a right to clean air and water.

Now many commentators have pointed out the lunacy of such ridiculous proposals. Germany’s efforts to reduce CO2 emissions by eliminating its reliance on coal (and nuclear power) resulted in electricity prices triple that of the United States. The ultimate irony: even if America’s CO2 emission went to zero, by the end of the century the world’s temperature would be reduced, by one estimate, 0.14 degrees Celsius.

A recent, credible estimate by the former head of the bipartisan Congressional Budget Office (CBO), placed the cost of implementation of the GND at $93 trillion. That covers the cost of all the necessary retrofitting plus the economic “stimulus” and income equalizers.

But the angle I wish to pursue is the destruction of wealth that would result from the full implementation of GND. Our wealth is not just how many dollars of deposits we have in the bank and stocks and mutual funds we hold in our brokerage and retirement accounts. Our wealth also includes our ownership in our homes and other real estate, our autos, plus any boats, airplanes, ATVs, snowmobiles, lawn mowers, etc. Under GND, much of this would need to be junked, or sold at fire sale prices.

So how much wealth might be destroyed by the full imposition of the GND? The Federal Reserve’s Flow of Funds Accounts puts the total U.S. net wealth at $99.6 trillion (2018:Q3). Let’s guess the 20 percent of all durable goods and equipment would be rendered worthless, and the cost of retrofitting all structures to make them compliant would be 10 percent of their value. Those assumptions imply a $7 trillion write-down of net worth.

The losses do not stop there. What about equity losses? Take a company like Kinder Morgan, Inc., which is a pipeline company. Well, there will be no need for natural gas pipelines in a GND world.  Hence, write down KMI’s current market capitalization of $44 billion to zero. Likewise, most of Exxon Mobil Corporation’s $331 billion equity value would disappear, as well. The total market value of domestic corporations is about $31 trillion (varies day to day).  Let’s say the direct write downs and required retrofitting consume 20 percent of that equity. That’s a $6.2 trillion loss.  How much debt of the companies put out of business would need to be written off? And what if a GND policy causes a stock market collapse? That could result in another 20 to 30 percent loss of equity market capitalization.

It took 200+ years to accumulate that $100 trillion of wealth. In little more than a blink of the eye, 13 to 20 percent of that wealth could be wiped out.

While all these losses are occurring, where will all the capital spending dollars come from to build out all the solar cell, windmill, and battery manufacturing plants? And where will the willing-to-work labor come from?

View charts. The charts are current through Friday’s (3/8) monthly jobs report for February.