Showing posts from May, 2019
Show all

U.S. Terminates Steel and Aluminum Tariffs for Mexico and Canada

May 30, 2019
In what could be the beginning of the end of the Section 232 steel and aluminum tariffs, on May 17, the Trump Administration reached a deal to terminate the tariffs on Canada and Mexico. The president’s proclamation states that the United States “agreed on a range of measures” to prevent dumping of steel from either country and to avoid import surges. The measures were included to address the Trump Administration’s concerns that China was transshipping steel into the United States via Canada and Mexico. Importantly, the tariffs were not replaced with import quotas as some had feared. PMA’s team in Washington, D.C. was active in conveying to U.S. negotiators that quotas are even worse than tariffs for U.S. companies. This shows that our voices are being heard. The Coalition of American Metal Manufacturers and Users, of which PMA is a founding member, urged the Trump Administration to terminate the remaining Section 232 steel and aluminum tariffs on other trading partners as quickly as
Post a Comment
Read more 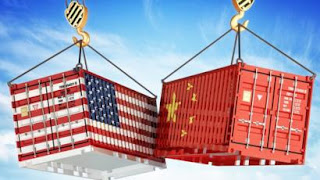 A continued stalemate in trade negotiations has resulted in the U.S.-China trade war heating up this past week. On May 10, the United States raised the 10 percent duty to 25 percent on $200 billion worth of imports from China. Included in “List 3” of 5,745 products now subject to a 25 percent import tax are machinery and mechanical appliances such as hydraulic presses, drilling machines, forging or die-stamping machines; ships and boats such as canoes, sailboats and motorboats; live or frozen fish and crustaceans; sunscreen, makeup and shampoo; carpet and other floor coverings; wooden home furnishings; and even string Christmas lights. On May 13, the Chinese Foreign Ministry declared that China “will never succumb to external pressure” and announced $60 billion in retaliatory tariffs that will take effect on June 1. The retaliatory tariffs are based on the list of products released by China last September, and more than 5,000 products exported to China from the United States will f
Post a Comment
Read more
More posts